Continuing with the Protest theme. The Island stage was set with an eclectic panel of Protest Artist. Among them, Sarah Harmer, and the front man of Protest music, Billy Bragg.  Both played in turn amongst Leonard Sumner, and Lisa LeBlanc. I will touch more on Lisa LeBlanc in another post.

Billy Bragg has been a protest singer/songwriter out of the UK, with roots in punk rock,  and folk since the 1970’s. His no care, and his, has something to say attitude, has won him followers ever since.

If you’re an alternative lover like me, you may remember a band from the early 90’s called ‘Weeping Tile’. Sarah Harmer was their lead singer, and for a few years toured with various changing members. After 1998 Sarah went on to becoming a solo artist, together with her band focused on a softer more folk sound.
Later that day Sarah and Billy had their own set at the main stage.

The varied experience, and different view points, made for a very well rounded take on life and the everyday life challenges we face. Lisa LeBlanc felt a tiny bit out of place, and maybe a switch with Miss Irish Maythen would have been a better fit. (Just a thought…) 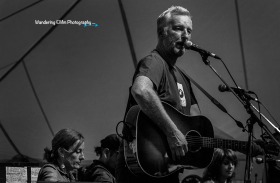 Australian Traveller that loves to "Roam" our globe, creator of ENDLESSROAMING.COM sharing the experience through word and photography. Heading to the USA this coming June

How far will you wander...creatively?

Australian Traveller that loves to "Roam" our globe, creator of ENDLESSROAMING.COM sharing the experience through word and photography. Heading to the USA this coming June

How far will you wander...creatively?